Solidarity with the insurgent Zapatista communities 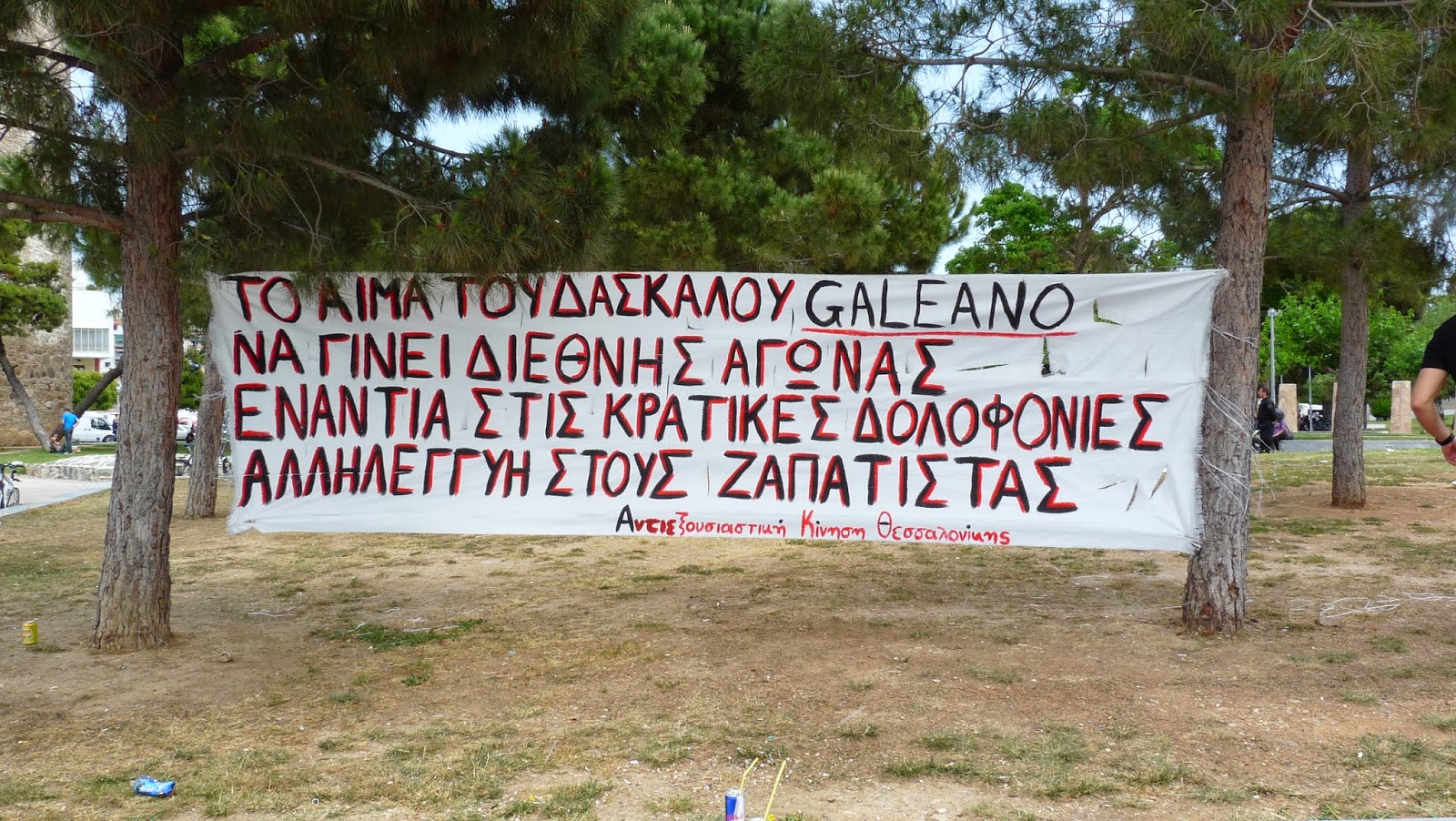 On May 2 2014, in the community of La Realidad, Chiapas, Mexico, paramilitary groups carried out an attack against the Zapatista community, destroyed the autonomous school and clinic, injured 15 unarmed people with firearms and murdered the teacher of the “Zapatista escuelita”, Luis Solis Lopez, better known as Galeano. According to the Zapatistas themselves, the attack involved leaders of the so-called CIOAC-Histórica, the Green Ecologist Party, the National Action Party and the Revolutionary Institutional Party (PRI), including the government of the state of Chiapas (the extent of the federal government’s implication remains to be revealed).

Details are hair-raising: 15 to 20 paramilitaries surrounded Galeano, who refused to surrender, shot him in the leg and then started beating him and stabbing him with machetes. They shot a second bullet in the chest that left him half-dead on the ground, but continued beating him for long before giving him the final blow on the head.

Establishment media tried to distort the facts, presenting them as an intra-community dispute and conflict. Zapatistas deny this by their own communiqué saying that “this was a planned, premeditated attack, militarily organised, and put into action with premeditated malice and advantage”.

The incidents in la Realidad triggered a worldwide wave of rage and solidarity; an international action week (18 to 24 May) was agreed, including a Commemoration Day for Galeano (24 May) that involve interventions, events and demonstrations all over the world.

For us, the Zapatistas example has since the very beginning been a source of power and inspiration for our own struggles. 20 years ago, Zapatistas men and women began a war against oblivion, injustice and neo-liberalism, the struggle to regain their lost dignity. To this day, they continue to build up day by day their autonomy in terms of education, health, production and way of governance. Their vision is self-organisation, self-constitution and solidarity facing the atrociousness of the system; they “here and now” bring a society of freedom, equality and justice into life –a society that capitalism and its values are trying hard to convince us that it is infeasible.

“These are not tears of sadness, they are tears of rebellion”, says one of Galeano’s compañeros following his assassination. Let us unite our pain and rage with all people oppressed that rise in revolt; from the Zapatista communities in south-eastern Mexico to any other corner of the world, the people “down below” rise up and resist. Let us rekindle the flame of rebellion and be the ones to define our lives based on dignity, freedom and justice.

* WE CONDEMN MISINFORMATION IN THE PRESS REGARDING THE ATTACK

* SOLIDARITY WITH THE INSURGENT ZAPATISTA COMMUNITIES